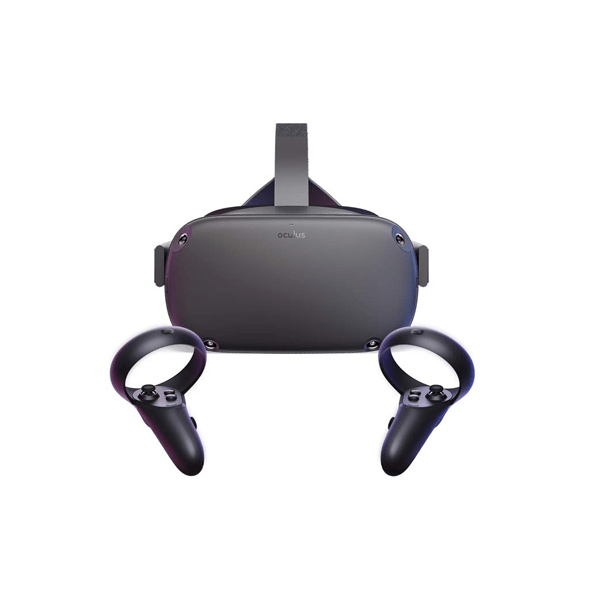 Be the first to review this product

The Oculus Quest is a completely wire-free, PC free, VR headset, with all the sensors built in. It’s a fantastic starting point for showcasing the capabilities of VR to those new to the technology.

Oculus Quest is our first all-in-one gaming system built for virtual reality. Now you can play almost anywhere with just a VR headset and controllers.

Setup effortlessly whether you’re at home or someplace new. Oculus Quest works with your environment, so you can play standing or sitting in spaces big or small.

Oculus Insight translates your movements into VR no matter which way you’re facing and provides room-scale tracking without external sensors. Look around, duck for cover and turn the tide of the battle from anywhere in your playspace.

Oculus Quest has positional audio built directly into the headset, so you can hear your teammates or what’s sneaking up behind you even without headphones.

With Oculus Touch controllers, you can transport your hands and gestures right into the game. Your slashes, throws and grabs appear in VR with intuitive, realistic precision.

There are no reviews yet.